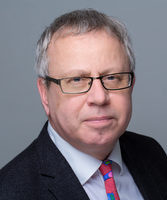 Chris White has made a firm pledge to oppose any attempts to merge the Hertfordshire Fire and Rescue Service with the Police Service.

Chris said: "It is high time we had evidence-based politics in this country - not centrally imposed dogma. The Fire Service is fine where it is - part of the County Council where it prevents and fights fires and undertakes rescues with consummate skill. Anyone who saw the magnificent performance at Buncefield a few years ago knows this.

"So if it ain't broke don't fix it - just because some Conservative special advisor in Whitehall has noticed that fire engines and police cars both have blue lights."

Chris added: "We need integration between services so that they work together. The creation of the Police and Crime Commissioner post has made working with other public services like councils and the NHS more difficult. Let's not make it any more difficult by removing the Fire Service from the control of local electors."