Confessions of an amateur activist 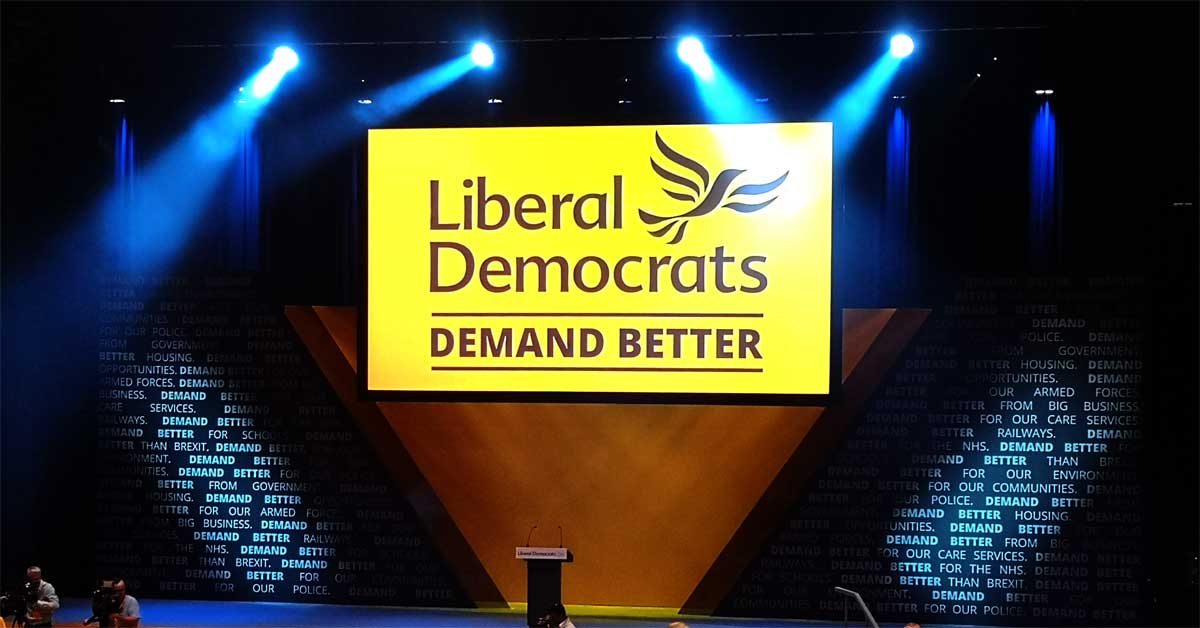 The General Election was always about more than just Brexit. It was a time to stand up for progressive Liberal values and uphold freedom of speech. One newcomer to the Party reflects on those few febrile weeks of campaigning in her own constituency and why the result should give us all reason to hope.

I confess. I came late to the Party, almost three years late after post 2016 referendum ruminations on what life might be like on this small island, stranded at sea from our nearest European neighbours, reliant on our back gardens and allotments for a staple diet of root vegetables and tuber crops. We were taking back control of our borders, our people, our values, hell, even our bangers. As our nostalgia for the post-war period grew, so did our ability to stomach xenophobia in all its ugly guises, holding our metaphorical noses at the whiff of French saucisson or its bigger, brasher Bratwurst cousin.

Well, bollocks to that. Like nearly half of the electorate who voted Remain, we too felt stranded. We had a fight on our hands to stop Brexit and stand up for progressive pro-European liberalism. I joined the Liberal Democrats in early 2019 and took part in a couple of marches, the first time I had taken to the streets since my student days in the late 80s protesting against Maggie and the Poll Tax.

There are myriad reasons for latent political activism, possibly brought on by a mid-life crisis and a sense of one’s mortality and powerlessness, the need to be part of the many not the few to bring about change. Or simply, perhaps, that as a mother I wanted my children to have the same freedoms of movement and opportunity that I had had as a young woman making my own small steps into the world. Europe, Barcelona in particular, had shaped my life. It was where aged 21 I taught English as a foreign language and met my future husband. And a similar fortune for my sister who met her French husband while crossing Europe to bring medical supplies to orphans in Romania. Peel back the layers of my new found political identity and it would reveal a certain naïve romanticism at its beating heart.

Party membership would have probably been it for me had the Liberal Democrats not gone on to score the biggest open goal in recent political history by allowing Johnson to call a snap winter election and, unbeknown to us at the time, secure his path to power for the next five years. As a writer and former journalist, this was my call to arms. I knew what I had to do. So, when the prospective parliamentary candidate asked for some help from local party members in running his campaign, I came running armed with just a mobile phone.

Like many grassroots campaigners, we met once at the party HQ, the local pub, to discuss tactics and then exchanged hour by hour updates via our various What’s App groups. At varying stages of political experience and maturity, we were brought together with a common purpose: to fight Brexit and give our local PPC the best chance possible of getting elected despite almost unbeatable odds. I felt privileged to join them.

My PR co-strategist was based up North so in the early days of the campaign we quickly set up a simple sign-off process to ensure that we kept up a steady drumbeat of positive messaging, playing back the national party line on key manifesto policies without ever resorting to personal attacks. My job was to make it real to the local electorate by ensuring that we constantly talked about our hospitals, schools and transport via the social media platforms at our disposal. The campaign was run outside office hours, distanced from our day jobs, spending the evenings and weekends hastily drafting and posting, publishing and promoting PR articles, pithy soundbites and video scripts to ensure we amplified our message beyond our small but growing band of supporters.

Midway through the campaign, the Liberal Democrats were forced to change tack, away from the more extreme Revoke Article 50 to the softer People’s Vote campaign. Locally, we lent our support on the ground to nearby marginal seats when we realised our efforts in our own constituency were to be in vain.

And then almost as soon as it had started, the campaign and the final fight against Brexit was well and truly over. I penned my last PR on 11th December, urging our electorate to use their vote wisely. The result, as they say, is history. A landslide victory for Boris, handing him a free rein to Get Brexit Done. Nationally, the Liberal Democrats played a large part in securing this victory, enabling him to win the war of words with his rhetoric to heal the divide with his one-nation Conservatism. Clearly, our Bollocks to Brexit slogan right from the start was crass and our extreme Revoke 50 stance had scared off the more moderate swaying voter.

Knowing the now inevitable outcome, would I still have taken action? Of course. Mistakes? I made a few whopping ones, not least accidentally posting campaign images on my work Twitter feed during Purdah only to hastily delete them in a subliminal now you see it now you don’t way, and nearly costing me my job, quite rightly, in the process. Regrets? None whatsoever. For me this campaign was always bigger than Brexit. It was and is to stand up for progressive Liberal values of tolerance and respect for all nations and, to use one of our election slogans, build a better future for our children. Above all, it is to uphold our freedom of speech which is why I now choose to write under a pseudonym.

Diminished the party may be but defeated, never. For while lessons must be learned we can also reflect on hope. Now, as we look to the local elections in May and beyond, we must slowly build from the grassroots up a broad coalition that will check and challenge the polar political extremes and give voice to true liberalism in action. I have my pen and phone ready whenever that time comes again.

Liberal Democrat candidate for Welwyn Hatfield, Paul Zukowskyj, secured 6,602 votes in the 2019 General Election, up 4% from 2017.