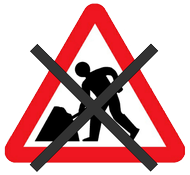 The Conservatives running Herts County Council pushed through a cut of over 11% from the local highways budget of £90,000. This £90,000 was allocated to County Councillors to get local roads and pavements resurfaced that the County would not otherwise do. It's now been cut.

The cut was voted through at a County Cabinet meeting on Monday, at which no opposition members are allowed to speak. No mention was made of this cut in this year's County Council budget that the Conservatives voted through.

Liberal Democrat Group Leader Stephen Giles-Medhurst said: "The Lib Dem Team believes that local County Councillors should be given a greater say in what is done locally and the resources to get local roads and footways resurfaced not less.

"The biggest issue coming up on the doorsteps in the current election is the state of our roads and pavements - the vote on Monday is the Conservatives' answer to residents' concerns. No doubt residents will take note."