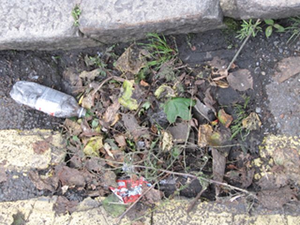 At last week's County Council meeting, County Councillor Chris White (St Albans Central) highlighted the fact that he had already flagged up 20 entirely blocked gulleys in his division and was working on a further ten.

He said: "For some unknown reason, it is not possible to report these as highways faults. It is high time they could be reported on-line like any other problem."