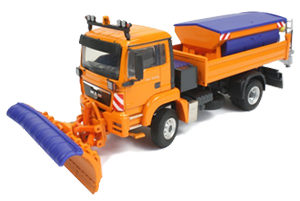 Conservative-run Hertfordshire County Council has been accused of seeking to hide cuts to winter gritting routes from 245 affected schools.

Despite Liberal Democrat opposition the County Council decided on 12th September to remove 49km of roads from its pre snow winter gritting routes. This is affecting up to 245 schools meaning the roads those schools are on would only be gritted after prolonged snow fall and not before as they were last year.

Liberal Democrat Group Leader Cllr Stephen Giles-Medhurst who opposed that move at the Highway Panel has since found out that the schools affected have still not been told. Stephen visited one affected school just before half term to be told they had no idea about the cut and were worried about the effect it would have them opening in the event of snow.

After pressure the County Council is considering informing the affected schools. The Liberal Democrats think this is not good enough and its a disgraceful way to treat schools and the public. And all this to save just £12,000 to £15,000!!!