History is repeating itself very quickly as yet again, many of the district's recycling bins are overflowing. Only a couple of weeks after LibDem councillor Malcolm Cowan highlighted the problem, both through the WHT and at a council meeting, the council's promises to fix the issue have turned to dust.

As of last week, almost every paper bin was full or overflowing, and also many of the plastics bins.

"If Serco can't manage emptying them, it's time the job was taken away and given to someone else" said Malcolm. "It's a pretty basic service, but yet again they have been found wanting. We know the contract the Tories signed up to doesn't allow for any penalties, which is bonkers, at least we should take the work away. And are the Tories still sure they are worth the 66% pay raise they gave themselves earlier in the year?" 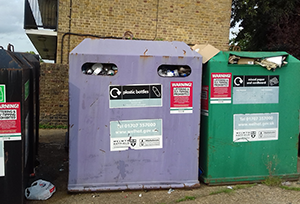 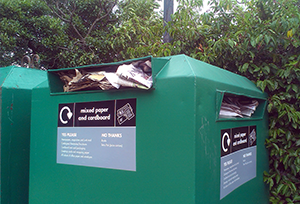 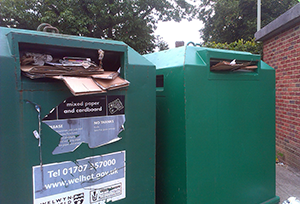 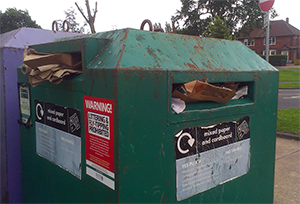