If at first you fail, try, try again

"That seems to be the motto for Wetherspoons at 22 Parkway" says LibDem councillor Malcolm Cowan. "While it is smaller than the 2 previous attempts which were turned down unanimously by the Development Management Committee, much of the harm that was identified then continues. And how disappointing that they have chosen to reveal their plans during the summer holidays when so many people are away." 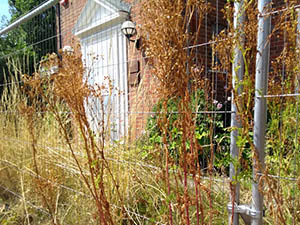 "It still has no parking either for customers or deliveries - Parkway will again bear the brunt; it is still fails to conform to the zoning for office-type use and it still looks like a large bar is the main feature. This is a pub by any other name. Yet there are far more suitable sites within the town centre - why don't Wetherspoons go for one of these?

"The plans Wetherspoons have submitted show the bedrooms are so small that the bed would be up against a wall in most rooms - hardly likely to attract many customers beyond the stag night crowd, and the worry is the hotel use will be dropped after a short while and Wetherspoons desire for a mega boozer will come about.

"You only have to look at the state of the building and grounds now to see the company cares not one bit for local opinion or sensitivity to the surroundings. Owner Tim Martin has repeatedly failed to reply to letters to him, showing his lack of interest in the town, just a desire to make a fast buck and let us face the consequences."