Is fixing Roads "less important" than topping up reserves? 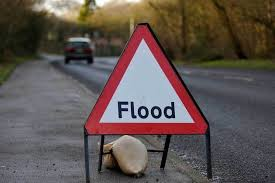 Conservative-led County Council decided on Thursday, 13th June, to spend £4.2m left over from 2015/16 on topping up reserves instead of using it to fix our roads and preventing flooding.

Lib Dems and Labour representatives on the Resources and Performance Cabinet Panel asked why flooding and poor roads maintenance were not being funded, but the ruling Conservatives decided to put every penny into reserves instead.

Lib Dem County Councillor Paul Zukowskyj commented: "Actions speak louder than words. Not a single penny for flooding or highways repairs, but £4.2m into a fund that allows pet projects to be funded. Conservatives at County Hall have yet again demonstrated that the misery of Hertfordshire residents is much less important to them than having a healthy bank balance."