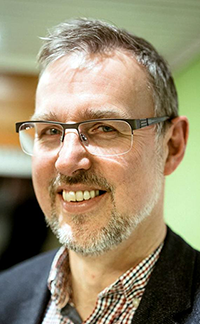 Labour has failed to select a candidate in Welwyn Hatfield with the general election just weeks away. The news is revealed on Labour's own website, and has been called out by the Liberal Democrats, who say that it shows Labour has "given up", even in some of its former strongholds.

"It seems that Labour has simply given up on places like Welwyn Hatfield. On the doorstep their support is crumbling away and they are widely tipped to lose at least one if not both of their County seats in Welwyn Hatfield on May 4th."

Labour claimed to be prepared for a general election, but many of their approved candidates are simply refusing to run under Jeremy Corbyn's banner, and who can blame them? They see a leader who is ineffective and a party that is too divided to stand up for local people.

Says Nigel: "Every government needs to be held to account and the Liberal Democrats are rapidly emerging as the real voice of opposition to Mrs May's Hard Brexit, austerity government.

"If you want to ensure our country has a positive future, the Liberal Democrats are the only choice in Welwyn Hatfield."