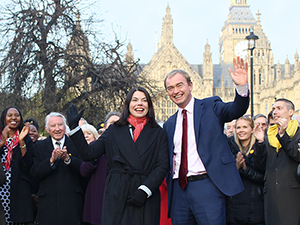 St Albans and Watford constituencies would both fall to the Liberal Democrats if this swing were repeated at a general election. Even Grant Shapps' majority could be at risk here in Welwyn Hatfield! 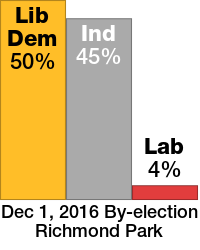 "The result in Richmond Park shows that the Liberal Democrats are back in business and can win seats right across the country.

We've been winning local by-elections up and down the country, including here in Hertfordshire, and came close in Haldens just two weeks ago when our vote increased from 12% to 30%. We've seen over 30,000 new members join the party, and now we've won a Parliamentary seat on a huge swing.

Liberal values are needed in politics more than ever, and it's the Liberal Democrats who are now best placed to take on the Conservative Brexit Government and fight for an open, tolerant and united country."