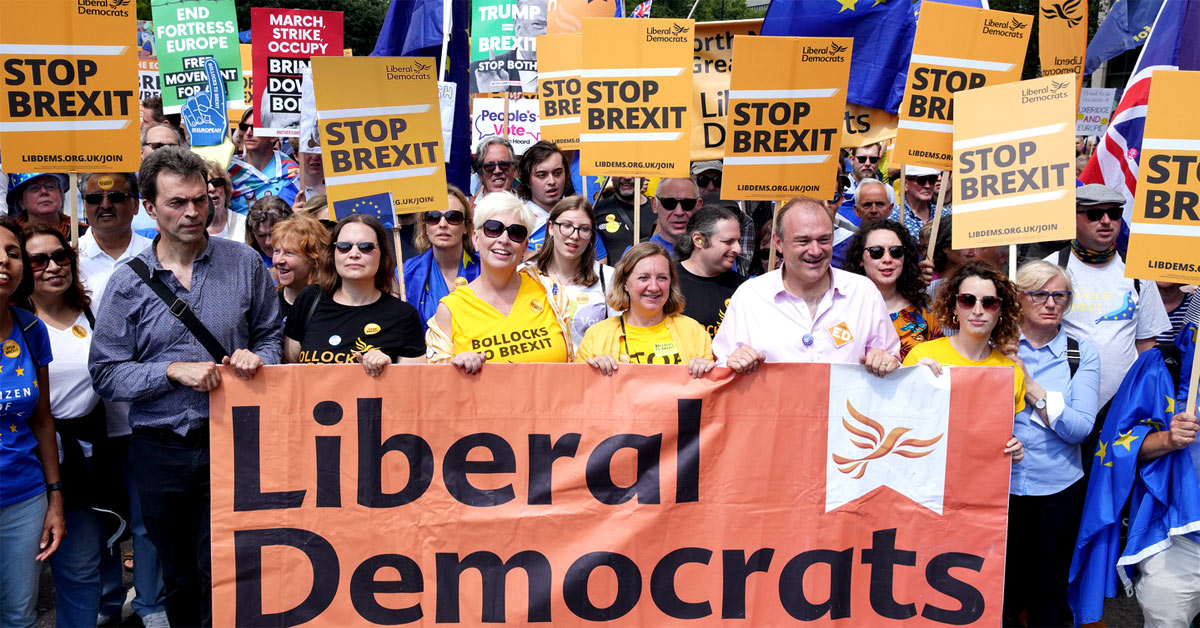 The Liberal Democrats are not afraid to stand up for what they believe in, unlike the other parties during this General Election, says Welwyn Hatfield candidate.

Paul Zukowskyj spoke out after both Jeremy Corbyn and John McDonnell refused to say whether they would back Leave or Remain in a future EU referendum. And it followed Nigel Farage’s comments that much of the Tory manifesto was in the UKIP 2015 manifesto.

This contrasted strongly, he said, with the Liberal Democrats clear and unswerving message to voters to Stop Brexit and leader Jo Swinson’s now standing out as the strongest voice for Remain.

Paul said: “Voters have every right to hear all the options and know where Party leaders stand on Brexit. But time and time again Labour refuses to make its position clear, while the Conservatives show that they are the Brexit party in all but name.

“The Liberal Democrats are now the strongest voice for Remain in this country. Our position has not changed. Welwyn Hatfield voters have a clear choice. Vote for Liberal Democrat on 12th December to Stop Brexit and a Party that upholds decency and integrity.”