LibDems react to Philip Hammond's budget statement (and the small-print!) 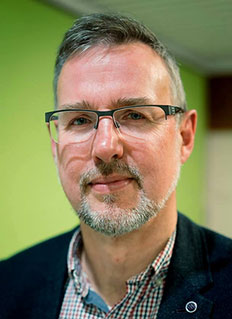 Today Philip Hammond had an opportunity to help the British people; but he bottled it.

He could have given much needed money for the NHS, or for Social Care, or for local government which continues to bear the brunt of austerity politics. But that would have upset the hardliners in the Conservative Party, and of course he needs to save even more money to fund Brexit. That £3billion for the costs of Brexit in today's budget is just the tip of the iceberg, but even that could and should be being spent on vital public services.

And most of what he announced seems like smoke and mirrors to us. The stamp duty change will help barely 3500 people, and will likely lead to house price rises, benefitting the property owners, developers and estate agents, not those desperate to buy.

Liberal Democrat County Councillor and Welwyn Hatfield parliamentary spokesperson Nigel Quinton commented: "One of my main concerns is the desperate lack of affordable homes in the country, and especially in Welwyn Hatfield. We know already from the Council's own analysis as part of the Local Plan that in order to meet the need for affordable homes 74% of those built in the next 15 years would have to be affordable. On Monday this week I attended the County Council Network conference and heard the Conservative chair of the Local Government Association, Lord Porter, repeat that the only way to meet the government's building programme was to allow Councils to build homes for social rent, and he was absolutely right. I asked the Minister (Sajid Javid) to confirm that his government would take this advice and allow councils to borrow to build – but of course he could not. Nothing said today gives me any confidence that the measures announced will solve the housing crisis; there was virtually no support at all for building new homes for social rent and by failing to remove the borrowing cap for local councils, the Government is stopping much needed affordable homes from being built.

"And the situation for the NHS and for social care is desperate. Philip Hammond has announced just £1.6bn of additional NHS funding for 2018-19, less than half the £4bn that NHS England Chief Executive Simon Stevens and leading think tanks have said is needed. As a member of the Adult Care Services Panel at County Hall I am seeing frightening levels of cuts coming down the line, and a service that is close to breaking point. There were genuine hopes that more money might be released in this budget, but not a penny has been provided."

The Liberal Democrats are very clear how to fix this. An extra penny on income tax, would raise £6billion a year, and go some way to securing the future of the NHS and Social Care.

There is worse in the small print by the way. Whilst the Chancellor announced further subsidies for the fossil fuel industry, tucked away was an announcement that there would be no new money for renewables before 2025. So whilst the Chancellor will claim green credentials by finally agreeing to a LibDem demand on action on plastic waste, in reality this is a step backwards in the fight to reduce emissions, and a failure to recognise where the future lies, which will once again end up costing our economy, not enhancing it.