LibDems step in where Council fears to tread

Last weekend Councillors Nigel Quinton and Malcolm Cowan, along with new activists Siobhán Elam, joined with local resident Clive Marlowe to clear up the area behind Howard House, for which nobody seems prepared to take responsibility.

Clive had contacted the team as the rubbish that was collecting was attracting rats, and the Council were saying "nothing to do with us"!

We were able to get the Council to agree to tackle the rat infestation, although as yet we do not know if this has been done, but as the Council deny all responsibility to clear the rubbish, saying it belongs to a company in receivership, we decided we had just better get our sleeves rolled up.

"It should not be left to residents to do this just because the Council are unable to tackle the landlord – as the Borough Council they have a responsibility to look after our neighbourhood and ensure that rats are not encouraged to make their home amongst stinking piles of rubbish. I trust the area will not look like this in 2020 when the town celebrates its centenary and people come from all over to see it." 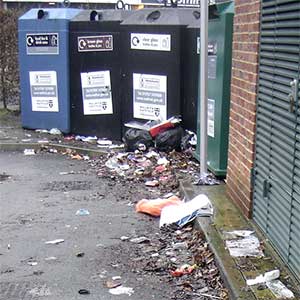 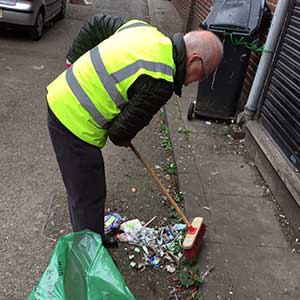 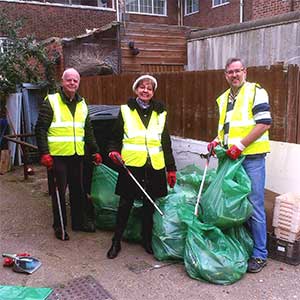