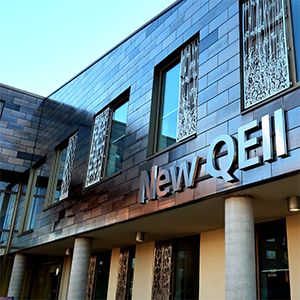 Figures just secured by the BBC show the local North and East Herts Hospitals Trust missing 2 out of its 3 main targets, and not even providing data for the third.

On seeing patients in A and E within 4 hours, it hasn't hit the target for over 3 years. For cancer care treatment within 62 days of an urgent referral, it is 8th worst in the UK out of 131 trusts, having not hit its target since April 2015. For planed operations and care, it has failed to provide any data, as was the case earlier in the year.

Yet nearby Luton and Dunstable, drawing its staff from a similar catchment area, results are very different: On A and E, it is top throughout the country (and well above targe), on cancer care it is well above average and above target, and on planned operations and care it is above average though slightly below target.

The data for mental health care, which is organised by the local Clinical Commissioning Group not the hospital trusts, the results are even worse, Welwyn Hatfield at number 188 out of 195, whereas the one covering Luton and Dunstable is number 56.

Malcolm Cowan, Liberal Democrat group leader who revealed the figures said "This should be a massive wakeup call for everyone involved, yet it repeats results seen previously. Quite how an organisation can fail to provide results is beyond me, and the ones they have published are very poor.

"It mirrors the complaints I get from my constituents and in some cases, my own experience. And while the NHS is badly underfunded, some trusts such as Luton and Dunstable seem able to deliver much better results.

"If this was a school, they would be in special measure with the head having left. But in the NHS, while there is inspection, there is no democratic voice so that councillors or MPs can force change, they are largely a law unto themselves. Something must change, and soon."