QE2 and Labour - Cllr Cowan suggests an apology is due

I note that new Labour parliamentary candidate, in his statement to to Labour members, refers to the state of QE2 as 'a scar of Tory Treachery'.

Everyone who lived in Welwyn Hatfield in 2006-7 will remember how it was the Labour government which turned its back on its pre-election promise of a new hospital at Hatfield and told us we had to put up with QE2, except that, as a final insult, it would be downgraded.

All major parties had worked together for a new hospital. Just one party stabbed us in the back.

I suggest an apology is due.

Bowls club swings back to success

It's good to see Parkside Bowls club, based in KGV playing fields in WGC, is back with a bang, says councillor Malcolm Cowan.

Gone are the dark days when it was about to close and members were looking to play elsewhere. The club is gearing up for the 2014 season and is hoping to encourage more new members with a Play Bowls Day on May 10th when members of the public will be able to come and give "bowls" a try with free tuition

"Flooding - we will ignore it"

Malcolm Cowan, LibDem county councillor for Handside and Peartree is highlighting the highways contractor Ringway's seeming indifference to faults, including reports of flooding - but claiming to have fixed them.

"On 14 February, I reported the flooding in the country part of Brockswood Lane, by the golf course. There is a dip and nowhere for the water to go. I told them they needed to cut a small channel, known as a 'grip', through the earth bank to let the water away - a few minutes work." 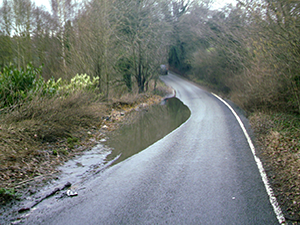 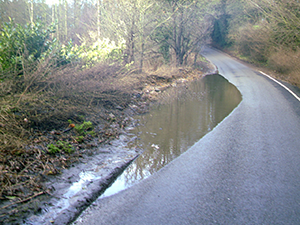 Liberal Democrat county councillors were baffled to learn that the county council is turning its back on potentially lower costs from contractors for some of its work.

Member of a recent scrutiny of loosening the rules for 20 mph zones, were shocked to see how expensive some of the measures to reduce speeds are.

After the scrutiny committee recommended the costs were looked at to try to reduce them, the answer came back - they are fixed in the highways contracts so will not be reviewed.

Campaign to get rid of Manorial Rights

Whether you are a resident of Welwyn Garden City or not please help the campaign to get rid of the antiquated Manorial Rights which have no place in a modern democracy. You can help by signing the e-petition being promoted by local residents using the link -

For further information and to follow the campaign see http://manorialrights.org/

MANORIAL RIGHTS - The response from WHBC

Following the recent letter sent to residents of Handside in WGC Councillor Tony Skottowe, who has been urging the council to offer support to affected residents, commented:

Manorial Rights - An open letter to the leadership of WHBC

The issue of manorial rights is a matter of great concern for a significant number of residents in my ward of Handside. It is therefore vital that the council is as open and inclusive as possible.

What most concerned residents about Manorial Rights during my discussions with them, is knowing whether the notification applies to their home or not. Because the Land Registry has only written to Freeholders and the majority of those affected are Leaseholders, few residents know for sure if their home is part of the claims. As the Freeholder the Council should have been notified of each property affected and so should be doing its best to inform the affected leaseholder residents whether their home is on the list. 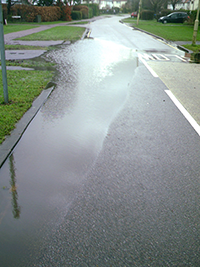 Just before the New Year, I reported floods in Peartree Lane and Handside Lane. In each case, they refused to carry out any work - the reply came back 'This site has been inspected and we do not consider any action is required'.

Readers will see the extent of the flood in Handside Lane from the photo. Just how bad does it have to be for the drains to be cleared?

Herts residents left in the dark by Tories

"We have been led up the garden path" was the LibDem reaction to news that no changes are to be made to the unpopular Part Night Lighting regime of plunging most of the county into darkness around midnight, following a so-called review.

"A promise of a review was widely used by Conservatives in May's county council elections, but it has turned out to be a whitewash as all suggested changes were rejected by highways portfolio holder Cllr Terry Douris", said Liberal Democrat group leader Stephen Giles-Medhurst.

LibDem local councillor Malcolm Cowan has been working to get rid of the build-outs that narrowed the pedestrian space on WGC's rail bridge, and this week finally saw them all go.

A delighted Malcolm said "This has taken nearly 6 years, mainly because of the need to get Network Rail to reinforce the bridge first. Around 3 years were lost when Tesco made the sub-contractors come off site after they had agreed to allow them on, at the time when Tesco were angling to offer a new bridge as part of the hypermarket development in Broadwater Road. Thankfully, they later relented and the bridge was propped a few months back." 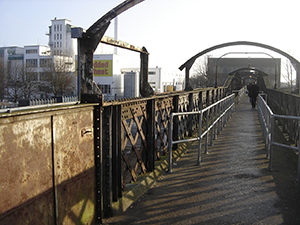 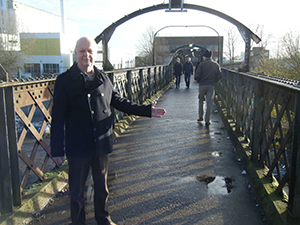