Earlier this year, you published a letter from a lady about the condition of the footpaths in WGC town centre. I replied, informing readers of the schemes to improve this that I was funding from my highways locality budget. It is a source of great frustration to me that 6 months on, none of these schemes have been started and indeed I have no idea of future dates except they are supposed to be completed by the end of next March.

What however is even more worrying is the latest list of highways and footpath schemes across Herts for next year from the main central pot. How many will be in WGC town centre? Zero, nil, zilch, ne rien, de nada. And how many for footpaths along the residential roads in Handside and Peartree? Again zero.

Meanwhile people trip and get injured. Some sue the county council for their accidents, and good luck to them in that. When will the Tory-controlled county council put fixing our footpaths higher on their agenda? 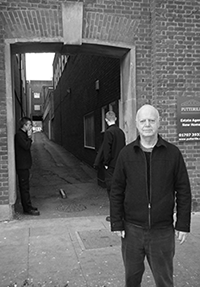 The alley, passage, footpath or call it what you will, from Wigmores North to Parkway in WGC is under the microscope.

Local LibDem county councillor Malcolm Cowan says the path needs some love - and a name. 'It is currently a smokers alley and not much else' he says. I suspect one of the problems is it has no name, so people are reluctant to complain about something hard to describe. I am appealing to WHT readers to suggest a name, in the hope this brings a change in fortune.

I have also nominated it for a new tarmac surface next year from my Highways Locality Budget - it is rather a mess at the moment.

Malcolm announced his plan for a name at last week's meeting of the town's Public Realm group, and they gave it a thumbs up.

Liberal Democrat councillor Malcolm Cowan has criticised the lack of information and reassurance over the issue of manorial rights in WGC.

"Clearly people were shocked to get a letter telling them the Gascoigne Cecil Estate held rights over their property. Everyone going round saying nothing has changed and there is nothing to worry about is not enough.

Deputy Prime Minister Nick Clegg used his speech to Liberal Democrat conference to announce that all pupils at infant schools in England are to get free school lunches from September 2014, with equivalent funding for Wales, Scotland and Northern Ireland. 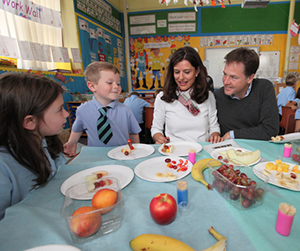 In addition, disadvantaged students at sixth form colleges and further education colleges in England will also be eligible for free school meals also from next September. Money is also being provided for Wales, Scotland and Northern Ireland, but as education is a devolved issue, it will be up to those running schools there to decide whether to spend the money on free lunches.

Free school meals were one recommendation in The School Food Plan, commisioned by the Government and launched in July by Henry Dimbleby and John Vincent. They found that in pilots where all children had been given a free school dinner, students were academically months ahead of their peers.

The following letter was sent to the Welwyn Hatfield Times to raise the profile of the issue that an edited electoral role can be sold to any organisation.

As readers will be aware from your piece last week the council has been forced by legislation going back to the last government to sell edited copies of the electoral roll. We have now found out that two thirds of our smart voters have opted out of the edited register and so reduced the risk of being buried under mounds of unwanted junk mail.

It is not too often I have to say I agree with council leader John Dean, but on the issue of the A1(M) non-widening, I must.

John may not be aware, and I am sure readers are not, that this latest plan is the 5th in just a few years. First we had a climber lane from the Clock to the top of the hill on the way towards Stevenage. Then there was converting the hard shoulder into a running lane when the road was busy - an idea I fear will eventually lead to a major pile-up, but what do I know. Then there was easing the entrance onto the motorway northbound, and also at junction 7 - Stevenage south, followed by turning the northbound hard shoulder into a full lane - this was being discussed with the county council just a month ago. 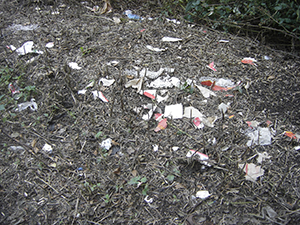 A clean-up of the verge while a road was closed for resurfacing has left a disastrous trail of rubbish that is probably worse than before it started, says LibDem councillor Malcolm Cowan, who was contacted by an angry local resident who says he phoned both borough and county councils to get them to remove the litter.

Lorraine Graves, the former Herts County Council social worker who pleaded guilty to stealing tens of thousands of pounds from vulnerable pensioners in her care, took advantage of a system that was simply not fit for purpose.

Until 2011, HCC's system for managing Adult Social Care 'bank accounts' for people having difficulty running their own finances relied on Dickensian era paper-based ledger systems while senior management overview of the system was almost totally non-existent.

A request by a victim for a statement of their account took nearly three months to produce and when it was finally provided it was as a printout of an Excel spreadsheet hurriedly put together by an officer in the council - not a proper statement because the system to produce one simply didn't exist.

Local Liberal Democrat councillor Malcolm Cowan has queried the apparent lack of any external element to the enquiry into the high ropes accident at Stanborough Park.

"The Health and Safety Executive must have their own reasons for neither running nor taking part in an enquiry, but their presence would have provided reassurance to residents. During the months that have passed since the tragic accident there has been ample time to bring in someone independent, but that has not happened. That does seem odd.

"Councillors such as myself have just had one basic information note directly after the accident, nothing since. I am learning more from the Welwyn and Hatfield Times than from the council itself - that cannot be right.

"After Finesse's problems at KGV, including the £200,000 wasted on unused 3G soccer pitches, questions must inevitably arise about their ability to manage these projects."

Local LibDem county councillors Malcolm Cowan and Paul Zukowskyj have both been given senior jobs in the official oppostion group at County Hall.

Paul is shadow spokesperson on finance, property and human resources, taking over from Malcolm. Paul says 'This is a big job and I am looking forward to it. It is important a fresh pair of eyes are brought in from time to time and I intend to be rigorous in checking that our money, staff and property are used efficiently and properly.'

Malcolm moves to become a vice-chair of Overview and Scrutiny. He says "Scrutiny is the vehicle for opposition and backbench councillors from the ruling group to undertake investigations into the effectiveness of the council's policies. It provides some counterbalance to the power of the Cabinet. It is ironic that although I am also a borough councillor, I am barred from taking part in scrutiny here in Welwyn Hatfield by a decision of the Tory group."

Malcolm has also been nominated by the county council to serve a second term on the Lea Valley Regional Park Authority, who run several of the Olympic venues, as well as large areas set aside for nature and wildlife.