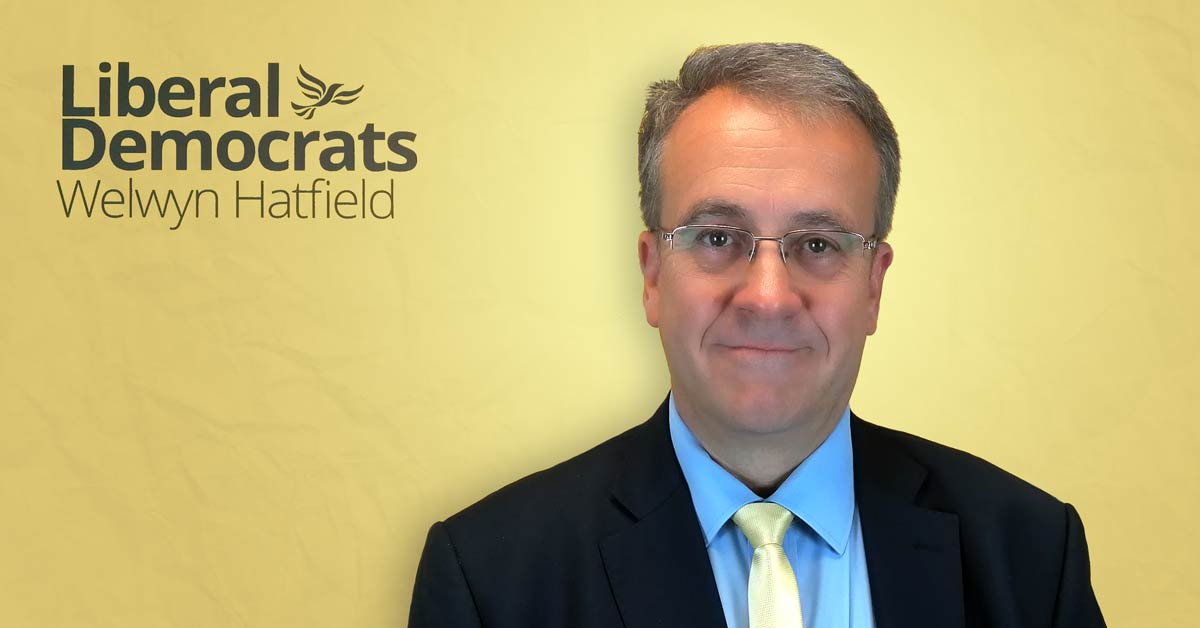 Paul Zukowskyj will make his final plea today to Welwyn Hatfield voters to unite to stop Boris getting a majority, stop Brexit and restore fairness to society.

Paul Zukowskyj will deliver his plea to the local electorate after the Lib Dems unveiled their final campaign poster ahead of polling day urging Remainers to back the Liberal Democrats – the strongest party of Remain – and help stop a Boris Johnson majority.

And today Liberal Democrat Leader Jo Swinson will also deliver her final speech of the election campaign, urging voters to prevent the Conservatives and Boris Johnson being returned to No. 10.

Paul Zukowskyj is a local Hatfield father of two with a strong track record in campaigning on local issues as both a borough and county councillor, leading and winning the eight-year campaign against the New Barnfield incinerator planned for Hatfield.

He said: “I did not put myself forward to be a career politician. I am standing to be elected because I care deeply about the issues you care about as a Hatfield resident, such as pumping investment in our NHS, ensuring our children are taught in fit-for-purpose school buildings and supporting the young, old, frail and most vulnerable in our society.

‘When I fought against the New Barnfield incinerator, I was told I could not win. I am standing today saying we have a real opportunity together to send a very clear message to stop Boris, stop Brexit and stop a Conservative majority government.

“I know after weeks of canvassing that more and more people are joining the Liberal Democrats as we are the only party offering a real alternative. They are joining a growing movement of people in Welwyn Hatfield and neighbouring constituencies who want a return to focussing on the issues that drive our local economy and create jobs; a party that invests in our public services and ensures we put the policies in place to tackle the climate emergency. We can deliver that with your support tomorrow.”