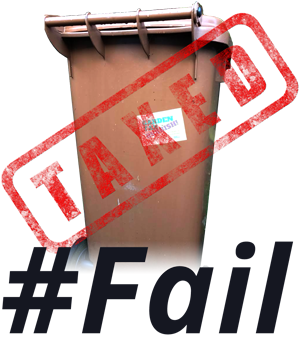 Councillors were shocked to learn that the recycling rate in Welwyn Hatfield has dropped from 54% last year to 46% this year.

Even worse, the target the council sets itself has dropped even further - from 53% to 42%.

Asked why, the council replied: "The brown bin tax".

Helen Quenet, LibDem councillor, says "This is truly shocking, but all so predictable. When the Brown Bin Tax was being discussed last year, I said it was common sense that not allowing food waste in the brown bins would reduce recycling levels, not just because of food not being included but also because of plastics/containers not being recycled.

"The reasoning behind this was that with us being told to wrap food before it was sent to landfill in the black bins, most people would simply take the option of leaving messy food in containers. Often previously, these containers would have been recycled, as people added the food to the brown bin and washed the containers for recycling. At the time the response of the Conservatives was that this wasn't an issue as people knew how to recycle properly.

"That in 2017 we are going backwards on recycling levels is just unacceptable."