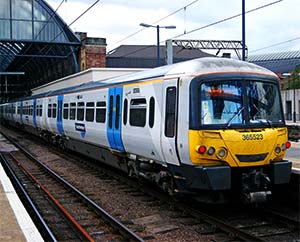 The new rail timetable starting in May and just published has plenty of disadvantages for WGC and Hatfield travellers, says LibDem councillor Malcolm Cowan.

"First, the so-called fast trains from Kings Cross will take a new record slow time of 35 minutes compared with 26 or 27 minutes at present; this is a massive slow down with no explanation. Ironically the poster in the cafe on platform 3 at WGC shows pre-war trains taking 23 minutes, so we will be 50% slower from May.

"Secondly, we are losing all trains to and from Peterborough from May. We knew this was coming and it has been widely criticised by the county and borough councils because it will make getting to InterCity trains more difficult and slower. It was supposed to be linked to having our trains go through London to the south via St Pancras, but this will not happen until December 2019, so for 18 months we are doubly disadvantaged.

"Because the timetable has been released at the last possible moment allowed (timetables have to be published 3 months before they take effect), there is no chance to get it changed until December. I really did not expect such a bombshell from Govia" he added.