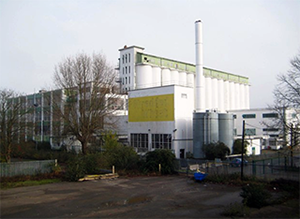 Leading Liberal Democrats are asking whether our Council was lost in action during the negotiations of the "deal" to develop the Shredded Wheat site.

Shockingly, despite a projected £86M profit, developers Spenhill are being told they only have to provide 35 units of affordable housing - just 4% of the total 850 being built. It is the stated policy of the Council that 30% of all new homes should be affordable. And the profits could well be much higher as the Council has failed to scrutinise the cost estimates.

"This has been a matter of contention between Spenhill and the council for a long period, but clearly the council has blinked first" said Cllr Malcolm Cowan, the Libdem group leader and councillor for Peartree Ward. "To lose up to 300 social homes is a major loss that cannot be put right later. The council's advisors have said the development is expected to yield at least £86 million profit overall, a huge sum. We suspect/believe that profits will be far greater, and the council's own report says the costs quoted appear high. The project should be contributing far more to our local economy."

The £2.4m contribution to a new Peartree school on a new site is again far short of what the county council need and will add to pressure on council tax bills. The NHS advice that the new housing will generate additional costs to the local NHS of £2.6M per year, but the developer are only offering a paltry sum of £450,000 towards health projects that are already completed or under way, so nothing for new services.

"There is also no guarantee that the footbridge to the rail station will be upgraded, which we have campaigned about for as long as I can remember. Spenhill are allocating £150,000 to this work, but there does not appear to be any agreement with Network Rail, who own the bridge, to actually carry out the work and in the timeframe needed."

Nigel Quinton, LibDem parliamentary candidate, says "We welcome the proposed development in its concept, and there is no doubt that it will enhance the town centre. But, there is also no doubt in my mind that the developer is taking our Council for a ride. It should be bringing forward a scheme in partnership with a social landlord or housing association and make a far greater financial contribution to the health services and other infrastructure required."

"Many will ask why it has taken the developer and the Council so long to bring this forward when the masterplanning for this site was done when I was a councillor 10 years ago. Those of you with long memories might recall that the masterplan included a swimming pool as part of the leisure facilities, a need which Sport England have also raised in their comments on the plan - WGC remains one of the largest towns in South East England without its own pool."

Hear Nigel speak about the issue of affordable homes on Facebook