Time for Govia to go Figure 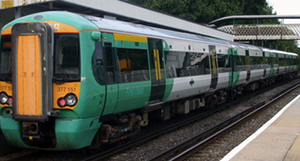 Cllr Stephen Giles-Medhurst has welcomed the county council's letter to new Rail Minister Paul Maynard MP calling on him to get a grip on the appalling rail services offered to Hertfordshire commuters by Govia Thameslink on the St Albans and Welwyn-Stevenage routes.

"This letter was prompted by LibDem questions at County Hall," Stephen said. "Enough must be enough for our hard-pressed commuters. And the same company's disastrous performance on its Southern franchise leading to huge cuts in scheduled services has had a knock-on effect for Watford through to Tring as well."

LibDem transport spokesperson Sandy Walkington added, "Govia needs to go figure what running a passenger railway is about, or it's time for the Government to step in and remove the franchise."